It was in the 1930s when C.W. Stratford and one of his friends in the oil industry were riding a train to New York when the conversation turned to using the Contactor reactor to mix products for other industries. At the time, war efforts were generating a critical need for large volumes of high-octane aviation fuel. As a solution, Stratford, along with several major oil companies, developed the Alkylation process.

The government called upon C. W. and Mr. Westinghouse, a friend of C.W., to supply the Alkylation equipment and technology. Refiners began to install the STRATCO® Contactor™ reactor, which utilized either sulfuric acid (H2SO4) or hydrofluoric acid (HF) as the catalyst. STRATCO maintained an R&D program, concentrating on using H2SO4 as the catalyst. 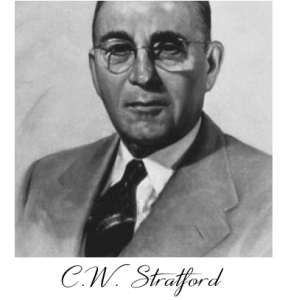 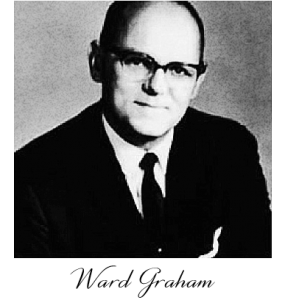 1960s
Aviation fuel demand diminishes while use of alkylate as a gasoline blending component grows. Effluent refrigeration process is developed from an innovation in Alkylation technology that provides necessary refrigeration from the product effluent stream.
1970s
Ward Graham becomes President and establishes a new vision and begins to rebuild and expand with the new name of Stratford/Graham Engineering. Unfortunately, Mr. and Mrs. Graham passed away less than two years later.
1981
Taking on her father’s dream, Diane Graham becomes Chairman/President of the company and heads up sponsorship of the first Alkylation seminar with more than 100 international customers. In 1986 she becomes Owner and CEO.
1984
Stratford/Graham Engineering becomes STRATCO®, Inc. The newly-named company is committed to strengthening its global leadership in reaction technology.
1980s
Diane becomes the sole owner of STRATCO®, Inc. STRATCO® qualifies as a woman-owned company. STRATCO® adds process and mechanical improvements to existing technologies and equipment designs. Research and Development efforts are increased to include mixing products for companies in numerous industries: foods, pharmaceutical ointments, nutritional drinks, asphalt, soaps, and lotions. In Alkylation, a trend toward the sulfuric acid catalyzed process occurs in this era, with STRATCO’s® effluent refrigerated process as the premier option. With the global demand for safe, environmentally friendly process technologies, STRATCO® licenses 85% of all Alkylation units installed worldwide.
1990
STRATCO® leads the world in Alkylation technology and holds the largest market share in Alkylation capacity installed. STRATCO® begins research and development in polymer modified asphalts and in the manufacturing of biodiesel.
1992
Diane Graham becomes the first female President of NLGI in the organization’s 60-year history.
1998
Segregation olefin patent is developed, which furthers Alkylation technology. This innovative development allows for a significant improvement in product quality and operating costs by segregating feedstock.
2003
Alkylation division is sold.
2004
Ecopath is created as a member of the STRATCO® Global Family of Companies to provide solutions for the modified asphalt industry. Ecopath’s modified asphalt blending plants, including asphalt rubber, are placed in service, paving the way for future growth and prosperity.
2008
Alkylation non-compete expires.
2009
Stratford Engineering, LLC is formed and offers equipment and services to the Alkylation Industry, including newly designed mechanical seals.
2016
STRATCO® opens a new R&D facility in Scottsdale, Arizona.
2021
STRATCO® moves into a new headquarters office in Scottsdale, Arizona and new offices open in Missouri, Louisiana, and Washington.